We still live in a world where there are over 300 million people living with over 6,000 rare diseases. That’s enough to populate the 3rd largest country in the world. We have the tools to diagnose them quicker, but we aren’t doing it.

Starting Jan 16, 2022, this online series brings together Pompe disease families and other experts in five 2-hr sessions over 11 days. 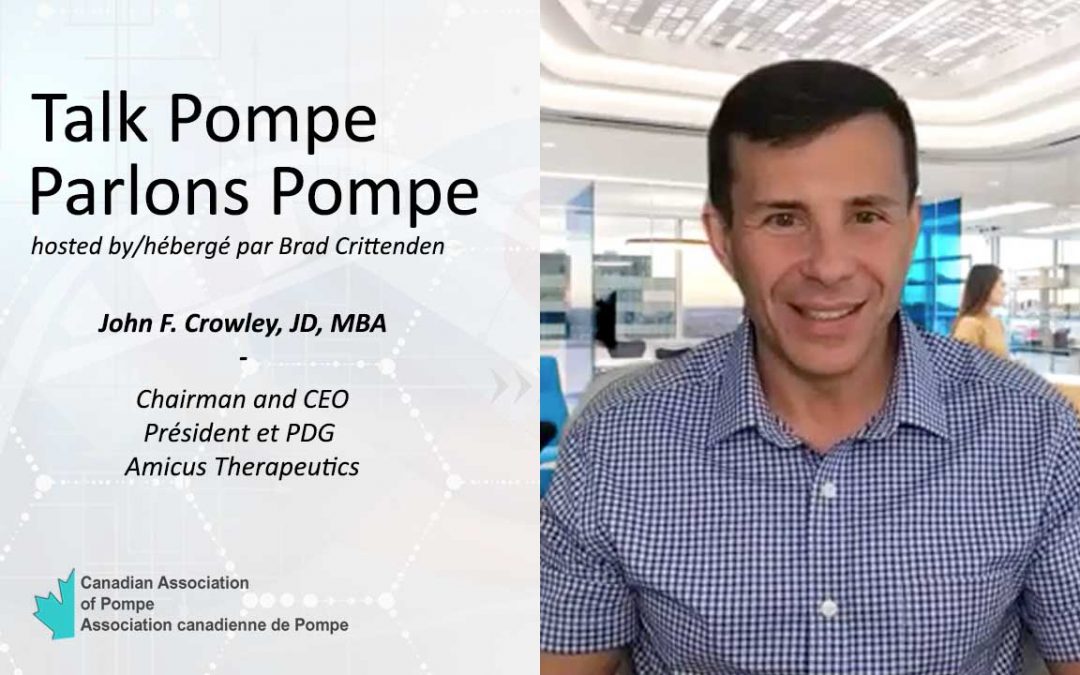 John Crowley, Chairman of the Board and CEO of Amicus Therapeutics, discussing family, challenges when entering adulthood, newborn screening and what’s new at Amicus.

What is International Pompe Day?

November 18, 2005 was a special day. It was the day that the first patient, identified with Pompe disease by newborn screening (NBS), was born in Taiwan. She was fortunate that she was born in a hospital where the pilot program started only eighteen days before she was born, and that she was born after many people worked tirelessly to develop a diagnostic method suitable for NBS.

TORONTO (Sept. 11, 2015) – The Canadian Association of Pompe (CAP) today submitted a nomination for Pompe disease to be considered for addition in Ontario’s newborn screening panel. In recognition of Newborn Screening Awareness Month, CAP urges Newborn Screening Ontario to expand its program to include this rare neuromuscular condition. Without early diagnosis and treatment, infants with this rare genetic illness are not likely to survive past the age of one.

Canadian Association of Pompe would like to express its support to include Pompe disease in Provincial/territorial Newborn Screening panels.