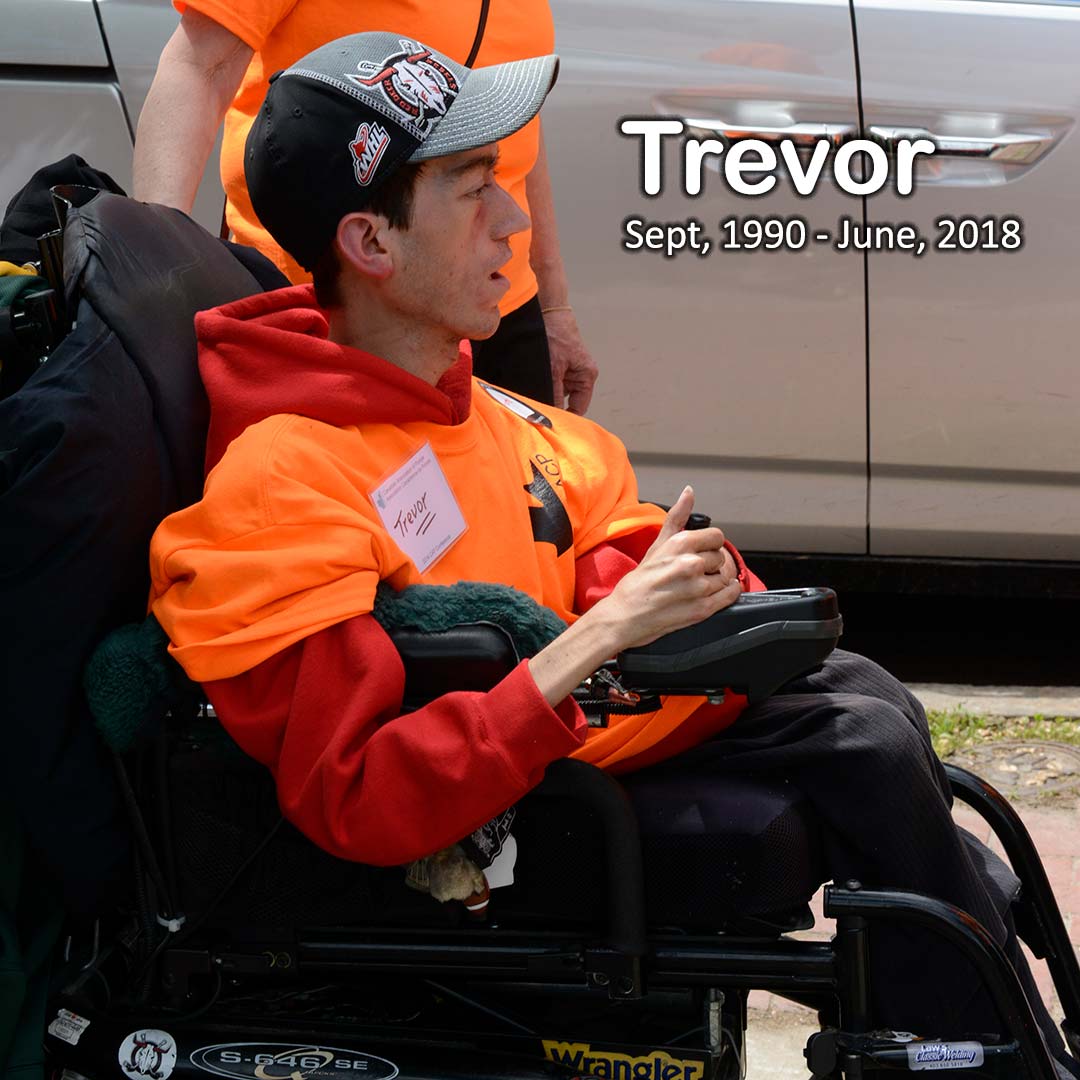 Trevor looked normal, talked like any other kid, and was just as mentally capable as them when he was growing up. He knew how to play tee-ball, and enjoyed hitting the ball when it was his turn, he just was not able to run from one base to another as fast. This is because he had to wear braces on his legs, and if he went over his foot in a wrong manner he would break the bones in his foot. Yet he kept playing, walking, and just being like any normal kid. Why did he risk such injuries if he could have avoided them all together? It is because he did not want to be different. He wanted to be the same as every other person, able to play sports, walk around, and go to school just like them. He, especially as he grew up, had an immense interest in hockey. He played floor hockey (exceptionally well, especially as a goalie), went to any hockey games within his area, and even played hockey (as well as other sports) in the form of video games.

When he was thirteen, he ended up in an electric wheelchair. He traveled everywhere with his friends because it was one way to keep up with them as he could no longer support himself when walking and sitting. In high school he never had a change of heart. His passion for sports still existed, and even though he had to give up the dream of being a hockey player like Wayne Gretzky, he knew baseball, football, soccer, hockey, and even NASCAR racing like the back of his hand. He knew who got transferred where in sport trades, what teams they were playing for, and so on. And oh, how kind and friendly he was. Even though bullying was a huge concern since Trevor would not be able to physically defend himself, he managed to befriend everyone. He excelled throughout all of his courses, including a Drama course, and if someone bothered or hurt Trevor even the bullies would try and help him. It is since he made them feel normal, just like he had always wanted, that they were willing to help him when he was in need.

Lastly, Trevor was the best son and brother a family could have had. He was patient when we were too busy, helpful when we were too confused or overwhelmed, and always thought about others before himself. That is just how he was. Of course there were the draw backs, such as someone had to feed him, make sure he did not need to go to the bathroom, shifted/lifted, and needed a bi-pap machine to breathe whether he is sleeping or sick. All Trevor wanted was to be what he called normal. 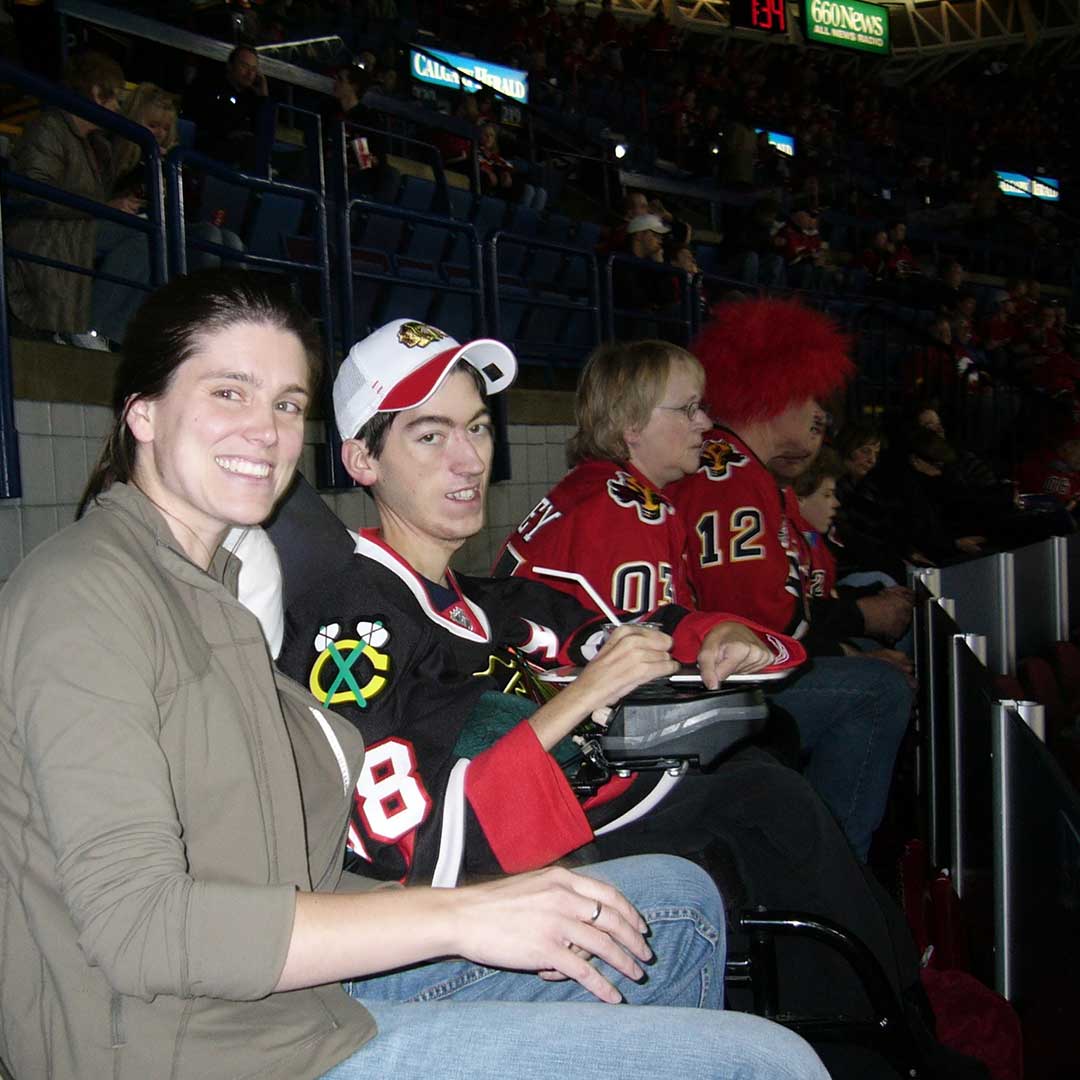 Trevor was adopted at just over three months and right away I felt something wasn’t right. He had no muscle tone and reminded me of a water baby (just like the water baby doll). Trevor’s skin felt like velvet so I immediately took him to a doctor. Our doctor agreed something wasn’t right with Trevor but did not know what. We were sent to a paediatrician and she accused me of neglect. She would later be proven wrong because another doctor stepped in and did blood work and skin biopsies. With that Trevor was diagnosed with Pompe disease just ahead of his second birthday. This is why new born screening is so important because the road to diagnosis is far too long. 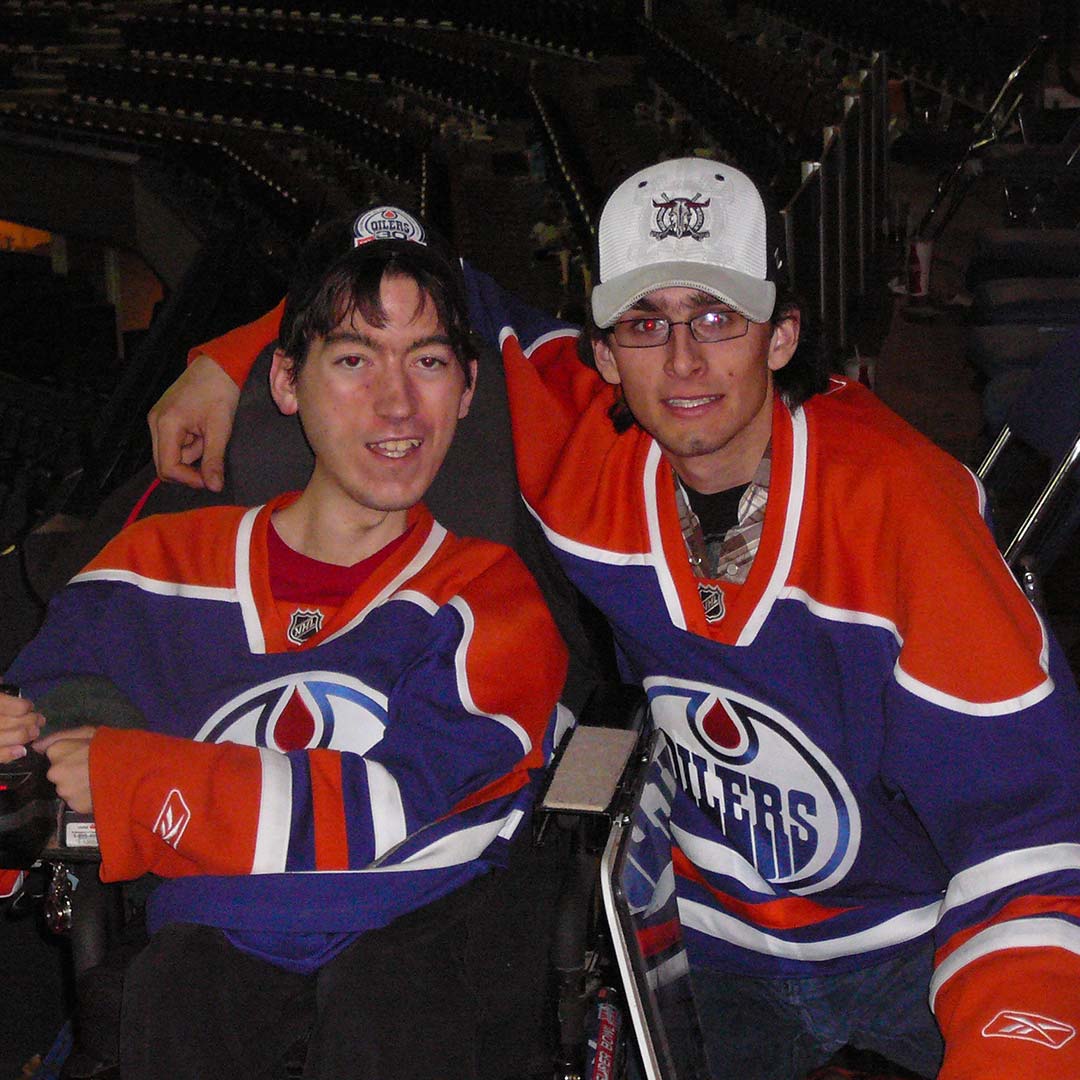 “If I could travel around the world I would do it in my Oilers truck.” 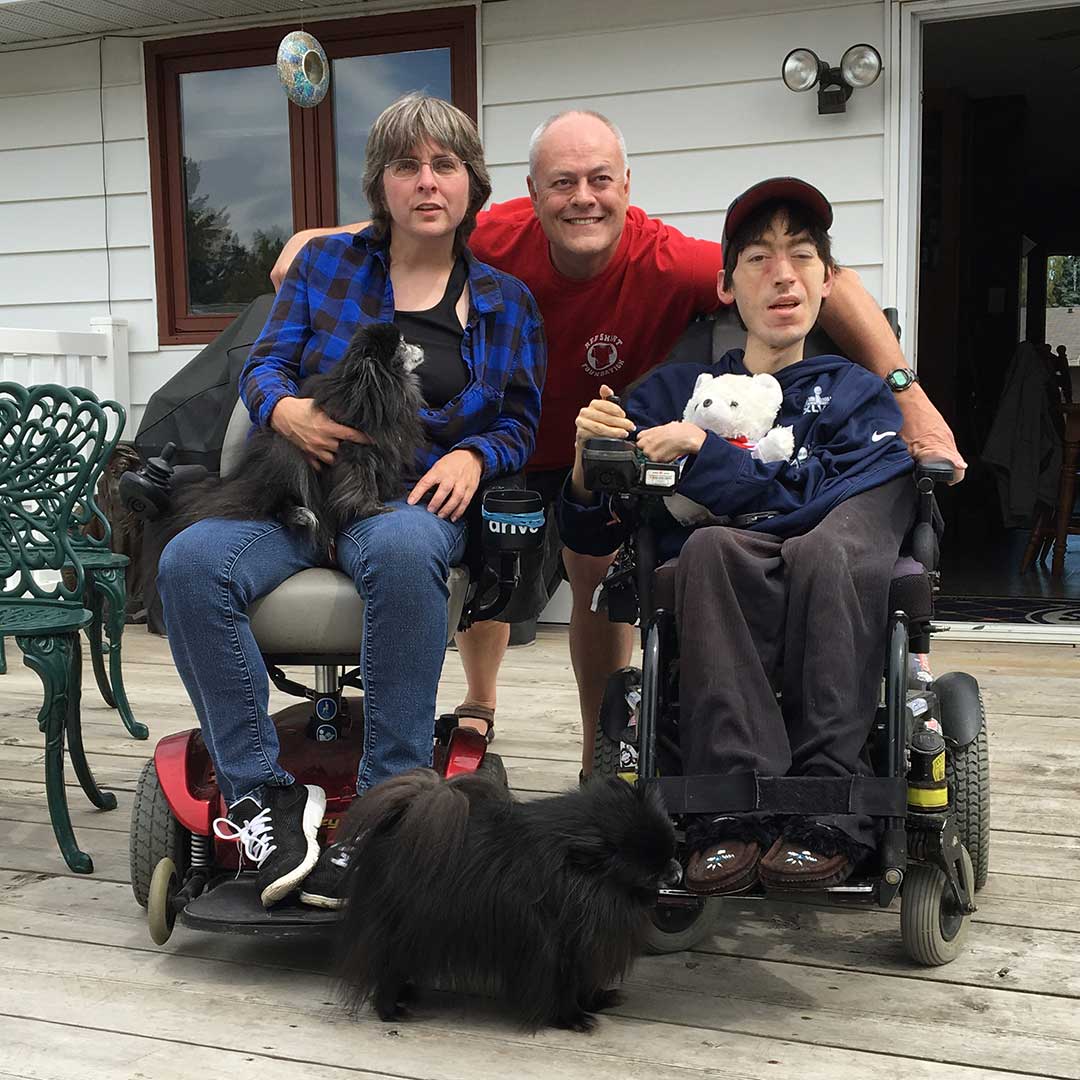 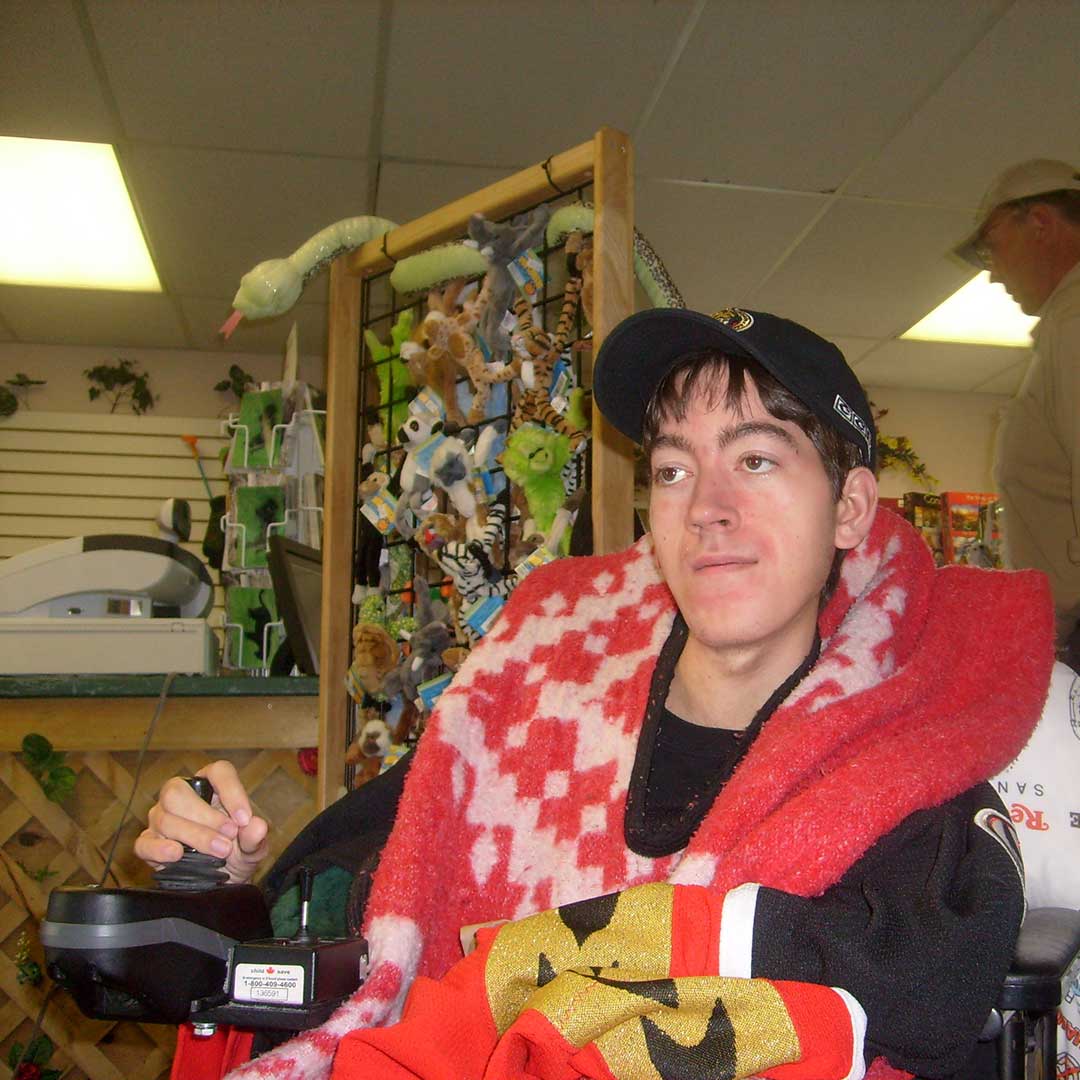